Five freight train cars derailed in Toronto, no one was injured 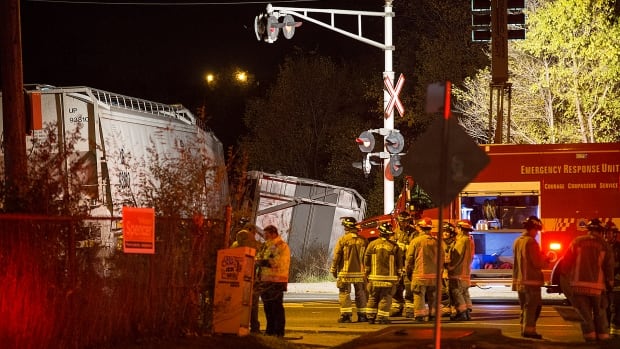 Five freight train cars derailed in an industrial area in suburban Toronto on Sunday, but no one was injured and no dangerous goods were escaped by the CN.

Emergency crews were called to derail scene on Kennedy Road, south of Eglinton Avenue East, in Scarborough, around 2:43 am.

Firefighters created a circle about 300 meters around the derails to contain space.

The train blocks the road

Two ambulances responded to a derailment call, but no one was transported to the hospital or treated locally, said James Burgin, deputy commander of Toronto Paramedic Services.

Jonathan Abecassis, a CN spokesman, said in a statement that CN is investigating derailment.

"Current reports indicate that five cars derailed in different positions, that there was no injury or release of some dangerous goods, and that the train is blocking the transition to Kennedy Road," he said.

"We are sorry for the impact this incident may have on local residents." 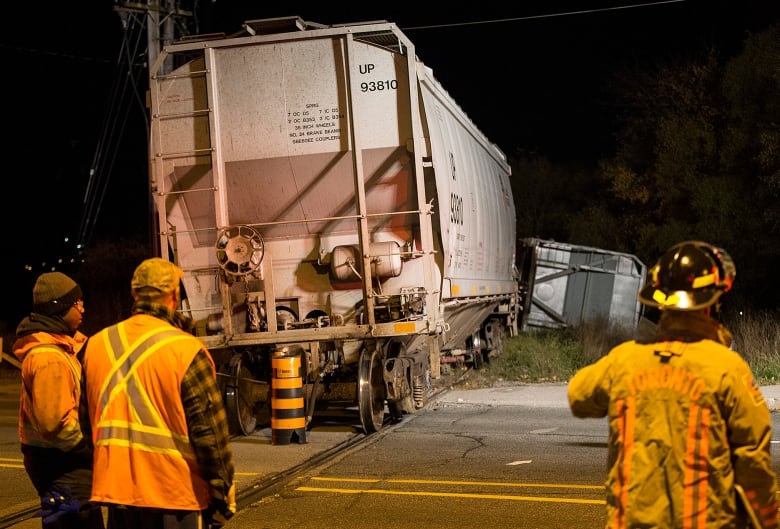 The Canadian Transport Security Council was informed of the derailment that happened overnight. (John Hanley / CBC)

Julie Leroux, spokesperson for the Canadian Transport Security Commission, said the council was informed of the derailment.

"We are aware of and gather information," she said.

The derailment appeared near the Salaheddin Islamic Center, the Scarborough mosque.