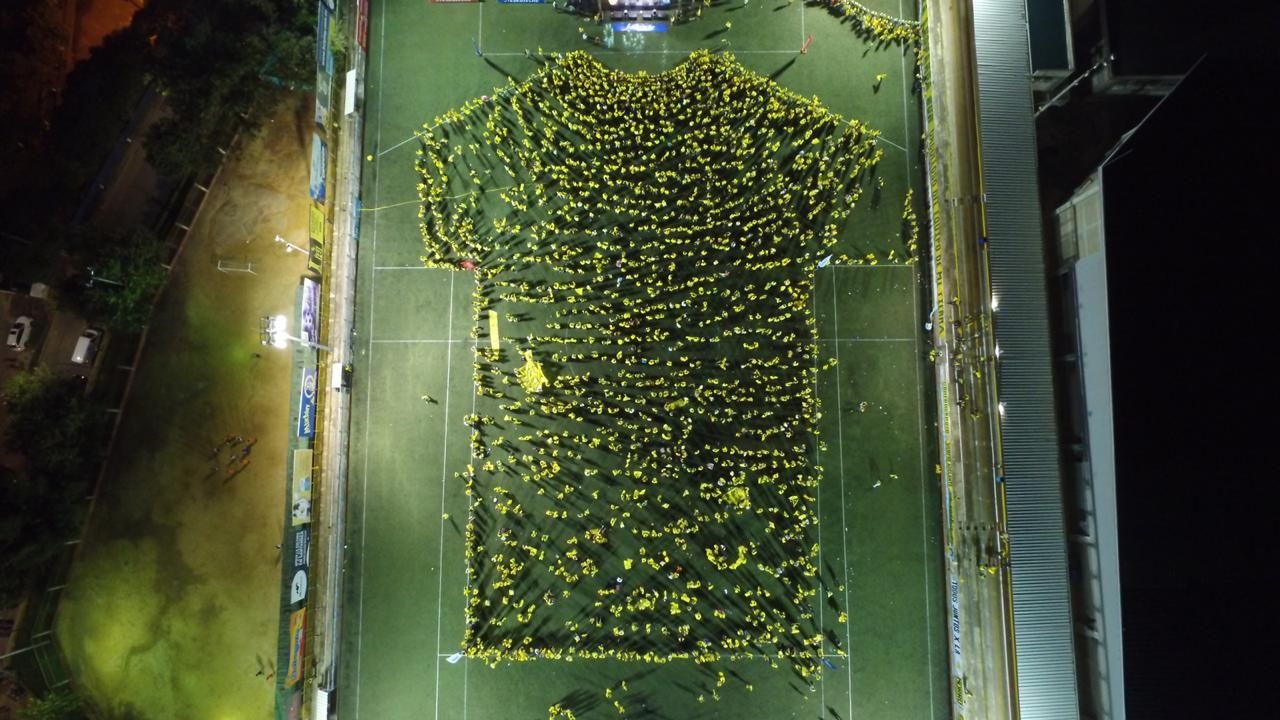 The party spent this Wednesday on Macha Court in Bucaramanga. The nomination was convened by Freskaleche on to overcome Guinness World Records (GWR) of more people gathered forming a shirt that was in 363, and it was far surpassed by the achievement of more than 1,700 people gathered in yellow blouses.

Atlético Bucaramanga fans filled the field and created local choirs to support their team in the rhythm of the music of local artists. The assistants wore the Bucaramanga T-shirts and the Colombian team.

The whole family of fans went through the sports ground while others approached the platform to become a part of the music show before the arrival of the leopards of the players.

José Américo Montanini, one of Atlético Bucaramanga's historic players, spoke at the event and said he was thrilled with the activity he had joined to the other participants to beat this record.

"I feel very happy to be here to see all the fans gathered for this purpose," said the historical player Auriverde.

Carlos Rojas Tapia, one of the 77 Referees of the Guinness Records, arrived in Bucaramanga yesterday and approved the activity that was recorded around the world last night.

"They have overcome the record that there were 363 people in Mexico where they made a national team shirt in Mexico," added the lead of the popular record.

Diego Ardila, director of Freskaleche, told reporters that the violation of Guinness World Records is inspired by the great campaign that Atlético Bucaramanga is doing in the current league where seven consecutive victories have been recorded.

"This is a gift we wanted to do in the city with the support of all those people who accompanied us," Ardila said.

If there was a minute of silence for the late Atlántico Bucaramanga's late "Cuca" Aceros, Hernán.

The Guinness World Records website has 120 million queries a year and receives 1,200 weekly requests for record attemptsThere are currently 53,000 approved records of all species on the planet.

A year later, 6,000 records have broken down that organizations and their headquarters in London and Dubai approve their observers.