A hundred days and Vakoč will be back after a terrible caramel. He does not want to be just the number, he dreams of victories 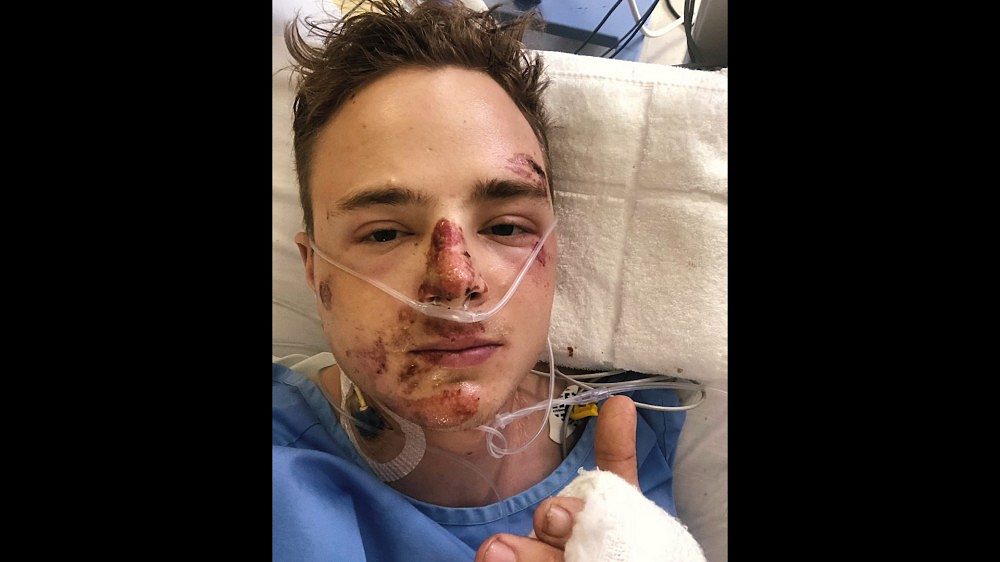 Will you tell Peter how the treaty was negotiating? Did you know in advance that you will remain in the team even if your contract expires at the end of this season?

Actually, shortly after the fall, my future was clear. Team Leader Patrick Lefevere arrived in Motola when I was in bed. He assured me that if I am fit, I will get the contract for the next season. I was so quiet about rehab and did not have to deal with it. I was heading for all the energy to return. A few days ago I passed tests at the headquarters of the team. And I am at the same values ​​as last year in December, which surpassed all expectations.

Will Petr Vakoč return to the peloton despite all the problems?

I believe so. Mentally 100%. If I ever complained that my legs were hurting, I did not even know what the pain was. I graduate without restriction. It will only focus more on compensatory exercises. Especially the back will need special care. And on my left leg I also have no performance as I had. The front thigh muscle is not 100 percent. This may be the case when running, so the dream of having a marathon once is threatened. But there is no limit to the bike. I simply included more physiotherapy and new exercises to stimulate the explosive that suffered the most injuries. So I'm waiting for more hours at the gym, swimming pool and yoga.

Do you already know when to return to the peloton again?

If everything goes well, I'll be in the first round of the Provence race in exactly one hundred days, where I finished the second overall last year and won the rider's classification in twenty-five years. We chose the company after consulting with the team to have enough time to prepare and jump in full form.

Was this the race you were thinking about? Do you already know other businesses to follow up?

I've been dropping dice classic so I do not kick all the screws … But seriously. My first thought was to go to Australia in January Tour Down Under. The team preferred my gradual engagement. We agreed that it would be better to start in Europe. So I get more room for training with the team. Everything, of course, will depend on the first race. I'd love to start at St Bianche and the Brabant Arrow. And I would definitely like to have a Grand Tour. But it is premature to talk about Giru or Tour. I have to wait.

What ambitions do you return to the racing field? Are you ready for the fight to return to your former position not be smooth?

My intention is to jump back in full strength and fight for victory. But I may have to change my plans and want to be just a valid member of the team. However, at the moment I only have a plan A, which

Even though you have passed all the health tests, can your comeback still be jeopardized?

Performance is still improving. I was almost in full training load. But it's still just training. It will only be seen in the winter that I will be able to reach maximum values. I have to wait for the body to react after the racing program. No one can predict the reaction of the body and there will be any limits. I hope not.

Will you tell us the program you will have in February's restored racing premiere?

Now I've had 14 days off with my coach to relax. Even though I did not navigate, I had to give my body a physical respite. The preparation and struggle to return to cycling during the spring months was exhausting. From next week I will train in Spain. I rented an apartment in Girona, which is a hearty affair. I will be very much in the Pyrenees. I also plan a mountain bike and cross-country skiing. In December, we have a twelve day training camp with the Spanish team in Calpe. I will spend Christmas with my family in the Czech Republic, and then return to Spain.

Do you ever come back to thinking about an accident training? Do not you worry about the road?

I expected to be more afraid. It was only once when my car did not give me the car and I stayed at the last minute. I bit a little and combined the situation with carambola in Africa. But I do not remember the January fall. I just realize what can happen when cars overtake me unnecessarily close or in dangerous positions. I'm angry.