News: Calls to reduce the number of Alrgi fans in Ahly 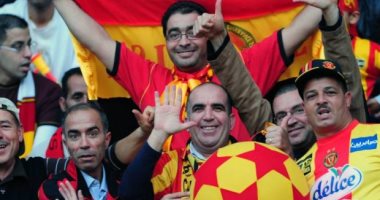 Tunisian website Al-Sarayh Online announced calls for a reduction in Al-Turji fans in the planned Al-Ahli match Friday at the Rades Stadium in the final stage of the African Champions League.

The website said citizens invited to reduce the number of Al-Turji fans in Ahli believe that the presence of 60,000 fans in the African Champions League final will increase the chances of violence between the masses and security forces.

Al-Ahli is just enough to draw a draw or loose a goal and win the title of the African Championship Championship for the ninth time in its history while Al-Turji needs to win two free goals to win the Continental title.