I'm alive that I did not make a referendum in 2011, we would be out of the crisis in two years 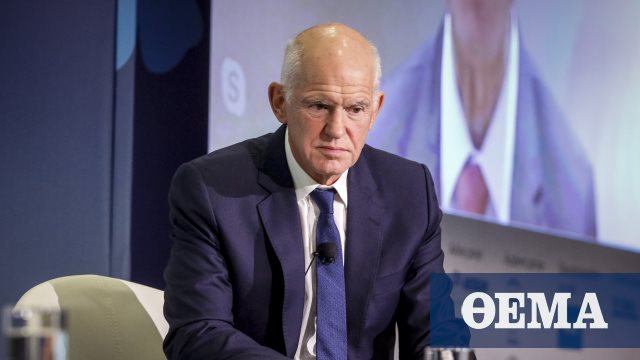 "I would most regret that the referendum never happened, and if we did, we would win it, the Greeks would have a program, and we would get it much quicker," he said at London School of Economics

His belief that if the referendum is held in 2011, his government would win and that Greece would go faster than a rescue plan and would be in a better position in the markets, former London Prime Minister George Papandreou. He explained that the question in such a referendum should not be whether it will remain in Europe – as some European leaders want – but if we remain in Europe with this program and the victims.

"I would most regret that the referendum never happened, and if we did, we would win it, the Greeks would have the program, and we would get it much faster, we would be out of the crisis and the rescue plan by 2012-13. we should go to markets and in a better position, "said Papandreou as a guest speaker at an event organized by the Greek Observatory at the London School of Economics (LSE)" What we learned from the Greek crisis: views of G. Papandreou. "

Former Prime Minister and President PASOK also stressed in his speech that Greece lost the opportunity during the crisis to reform deeper, and now, after the rehabilitation program, the two sides that seek power have proposed and reappear the "clientele". He also said that the question is not whether he or she will be in the next government, but what are the main changes the country needs. "I would say that we should not concentrate on what we are together with, but what we want to change in the country, and it must be the compass of our party … Being in government is not a major question, being a minister again is not a question. the prey that you are in power is the wrong way to look at politics What are the major changes that Greece needs? They are, and I do not care whether I'm in the government maybe we can fight for them better because we are out of the government , "he said.

Keivě Federtown, Professor of Modern Greek Studies and European Policy (Head of the Eleftherios Venizelos headquarters) and Director of the Greek Observatory, co-chaired the debate.