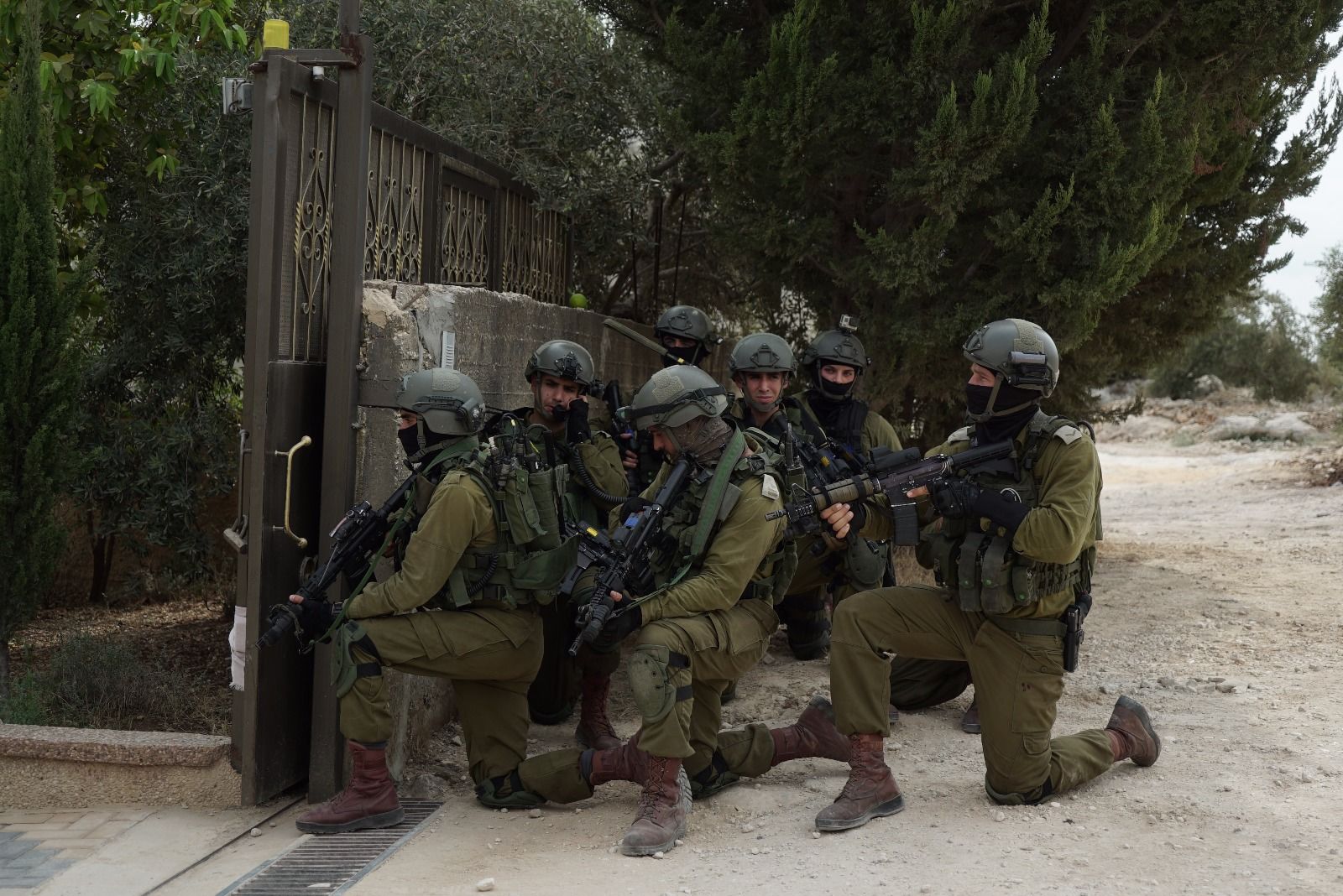 A major Israeli space force arrived in a northern village on the western bank of the Shuweika River that surrounded the home of a Palestinian terrorist who had murdered two Israelis last month in a shooting assault, apparently before his demolition.

Ashraf Waleed Suliman Na Alwara, 23, was on the run for a month after he encountered Barkan's office, where he was employed on October 7 and shot deadly two Israeli colleagues.

The Israeli forces on Tuesday surrendered a demolition order to the family of Na Alwas for parts of the Shuweik house he inhabited. There was no demolition planned on the upper floors where the fugitive terrorist was not living.

Video from the scene in the middle showed a large number of soldiers in place, along with armored military jeeps and at least one bulldozer.

Palestinian intelligence agency WAFA said in the meantime that IDF soldiers fired stun grenades when they attacked one entrance to the house. The report states that at that time none of the members of the Naw Alw family were inside.

IDF did not immediately reject the nature of operations in the village.

Israel introduces a dissuasive policy in which the homes of Palestinian terrorist attackers are destroyed, often overnight. The Human Rights Organization claims that the measure constitutes a collective punishment, because the families of suspects are forced to suffer in others.

During a month-long search for Navajo Al-Israeli forces built posters throughout their hometown of Tulkar and warned residents to help him make punishments including "longer detentions, home demolitions and cancellations [work] permission for themselves and their families. "

On alwa, who held a valid work permit in the Barkan Industrial Zone, Alon Group arrived at the offices armed with an illegally-built Carlo gun, where he tied and shot 28-year-old Kim Levengrond Yehezkel before killing 35-year-old Ziv Hajbi.

The army has launched an investigation into how Nawbaw was able to smuggle weapons into the industrial park and whether Levengrond Yehezkel binds his obligation to take hostages.

Officials allegedly believe that Na'Alwa, who had left suicide before committing the attack, was preparing to engage Israeli forces trying to arrest him. He is considered armed and dangerous. Alwa was described by his father, who works in Israel, as "a calm guy who did not seek trouble," according to Haaretz. His relatives last month publicly appealed to Na'Alw over Israeli army radio and called on him to get inside himself.

The IDF said that Nawah was known to the security forces but had no terrorist offenses and no formal ties to terrorist groups and said it appeared to be a "solitary wolf attack".

Palestinian militant groups, however, praised the attack and called it revenge for Israeli "crimes" against the Palestinians.

Levengrond Yehezkel, the mother of a 18-month-old son, was laid off for an evening offensive and Hajbi, father of three, the other day. There were hundreds of merry-goers at their funerals.