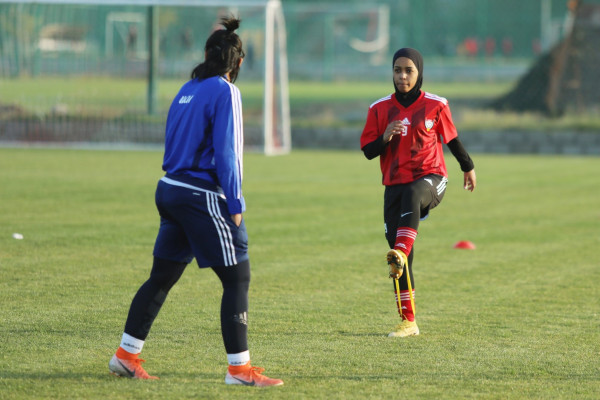 BISHKEK, Oct 17 / WAM / Our national women’s soccer team will launch its Asian qualifier when the fourth group matches against their counterpart Guam at the Dulen Umzakov Stadium in the Kyrgyz capital city of Bishkek at 3:00 pm. Lebanon and Myanmar teams.

Hurriyat Altahri confirmed that the team players are fully technical and physically ready to begin their journey in the Asian qualifiers against the GAM team, for which we count a thousand and all the teams that join us in Group D. However, note that the opening match in the qualification or tournament often has a special role and it has double the importance so the team must have a high level of attention and hard work and make every effort to achieve a positive result, which is an important trigger. And there will be stimulation. He will be in the next matches against Lebanon and Myanmar.