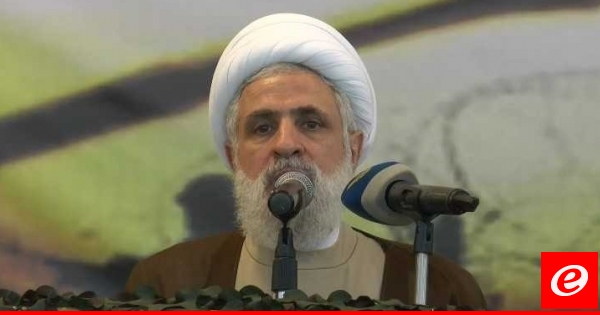 Deputy Secretary General Hezbollah Sheikh Naim Qassemu said that "the responsibility now rests on the head of the designated state that has to resolve this issue, and if this is solved today, the government will immediately be created." "Hezbollah said what he wants to create a government of national unity that can not be created, and there is a key part called a consultative meeting represented by independent Sunni MPs, they are not part of this government."

"The support of a consultative meeting is based on the fact that they are part of the resistance project and we are rejecting some interventions in the affairs of other sects," Kassem said in a speech at the Husajei ceremony in Nabha al-Bekaa. Be part of the Lebanese government. "

He asked: "How to become a government of national unity, and all components have their quotas in some cases, and in some cases they are rising and being represented and at their own risk, and countries for details of representation and ignoring the independent Sunnis as if they did not exist in this country.