Unexpected cause of cancer and premature death 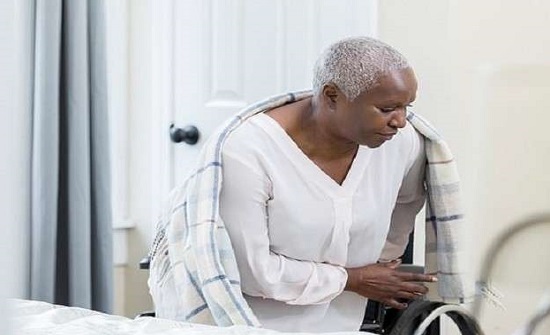 NEW YORK (Reuters Health) – Social isolation increases the risk of premature death and cancer with different effects depending on ethnic groups, according to a recent study by the American Cancer Society.

For white (unlike other groups), isolation has been identified that significantly increases the risk of cancer. In individuals with dark skin, loneliness doubles the risk of premature death.

Social isolation increased the risk of premature death by 60% for white men and 84% for women.

It is obvious to all that social interaction is essential for survival. Lack of human communication leads to high blood pressure and inflammation and many of us become unhealthy habits that only speed up all previous problems.

The study highlights the doubling of the actual loneliness risks that can be aggravated during holidays, a time when many feel the need to be surrounded by loved ones.

Social isolation differs from loneliness, a transient scenario, while isolation is a long-term lack of communication with others or with society.

This study is one of the first studies to confirm the specific dangers of social isolation for each ethnic group.

In the past, a study linking social isolation with the risk of death has shown that they are dangerous for white people, and scientists have tried to explain that human communication is the key to survival.

Over the past century, our understanding of the evolutionary importance of physical and social interaction has grown significantly. For centuries, we know that isolation is not a good thing, but recent studies have shown that social isolation can be as severe as smoking cigarettes.

A team led by Cassandra Karaz, director of the Health Cancer Society's Health Discovery Research, analyzed data on 580,182 adults who were included in the cancer prevention study in 1982/83 and followed up until 2012.

A 30-year study has gathered information about the social factors of every person, such as the number of close friends or relatives, how many times they met, whether they were married, divorced or free and how often they lived with loneliness.

Accordingly, scientists gave each person a "degree" of social isolation ranging from 0 (most units) to 5 (most social).

Then they examined whether there was a relationship between this outcome and public health, as well as the age and causes of death. They found that the association was clear and the most socially isolated people were likely to die in any way.

White people have shown a greater willingness to develop cancer, a factor that scientists have failed to explain, but hoped to know why.

More importantly, the study showed the importance of demonstrating higher risks for all races. Scientists have found that the loss of human contacts has had more serious effects on African Americans than any other sex. (Russia today)