Here is the first appearance of Vikram's "Kadaram Kondan" 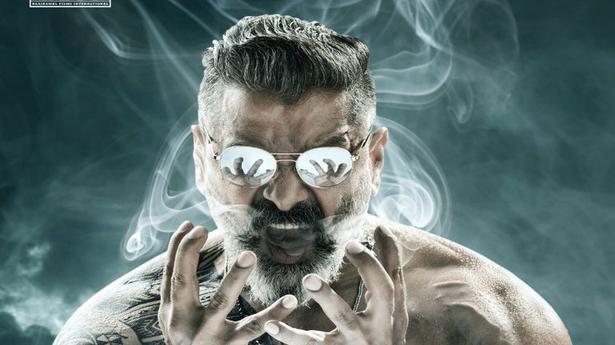 Last seen in Saamy Square, "Chiyaan" Vikram is currently filming for his next film with director Rajesh M Selva from Thoongavanam glory. Project titled Kadaram Kondan was officially launched by Kamal Haasan earlier this year. On Tuesday, Haasan went on Twitter to reveal his first appearance poster with Vikram. Needless to say, the poster has become a virus in the social media.

The film produced by Kamal Haasana's Raaj Kamal Films, along with Trident Arts, starred as Akshara Haasana. Music composer M Ghibran will score for a project to be released in 2019. According to reports, Kadaram Kondan is the fourth film produced by Raaj Kamal Films, which does not include Kamala Haasana. On the desktop, Vikram awaits the release of the spy thriller Dhruva Natchathiram, directed by Gautham Menon.