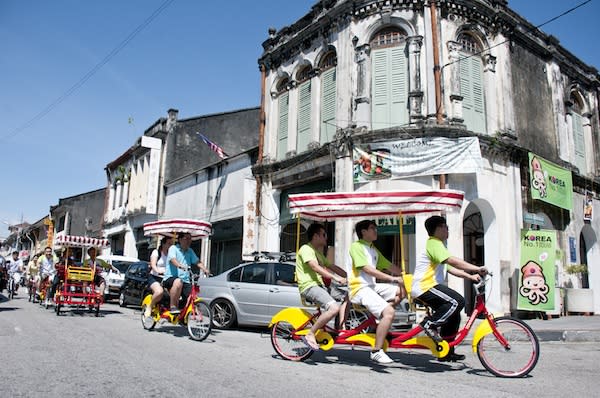 GEORGE TOWN, November 20 – The Penang government has been recognized by the World Health Organization (WHO) and the Association for Tobacco Control in Southeast Asia for its initiatives aimed at reducing smoking in public.

"The award is an international recognition of the state's efforts to make Penang a smoke-free state," he said in his statement.

He said the prize would encourage the Penang government to take the next steps to return to homelessness within five years.

"This success has also made the country proud and is a major effort to promote a healthy environment and preserve cultural uniqueness through a smoke-free campaign at UNESCO World Heritage," he said.

He added that the only state that received the same award was Melaka.

Dr. Afif said the PENBAR program is a partnership that includes the Penang Government, the State Health Department, the federal Ministry of Health, the Malaysian Health Council, the Local City Council and NGOs, the Cancer Society of Malaysia and Green Lung.

He said the program was implemented in accordance with Article 8 of the WHO Framework Convention on Tobacco Control to protect people from secondary smoke.

Within the initiative of PENBAR, the government released on October 1, 2012 six holiday parks as smoke.

There was a ban on smoking in all the buildings and public spaces that are on the list of World Cultural Heritage George Town on July 4, 2015.

Authorities also carry out regular enforcement to pick up those who light up in nonsmoking zones.