Women whistle themselves to condemn their stalkers 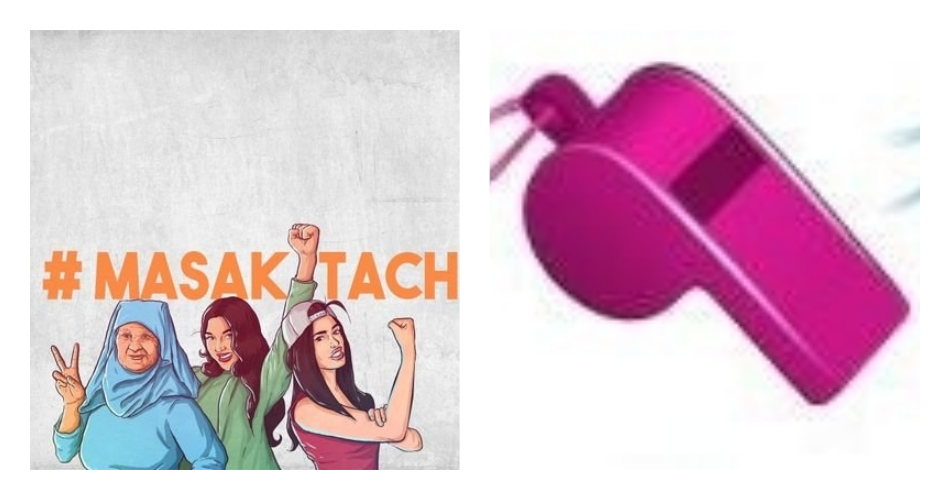 What if a whistle was enough for his stalkers to run away? This Saturday, November 10, #Masaktach launches a nationwide harassment initiative on the street. Throwing hashtag #ila_dsser_seffri, (If it crosses borders, whistles), the movement calls on all women to invest public space and buses with armed whistles. On your stamps, ready? Hiss!

"Psst Psst", "Mchicha", "gazela", manchoufouch, "zouina"… Any Moroccan woman has ever heard such a derogatory comment as she moved in public space. In an effort to combat impunity for men on the collective #masaktach street, an initiative was launched on Monday 5 November calling on all women to invest in public areas equipped with flutes. With every note you try to pull, an annoyed man will have to whistle. Target? Excite the conscience and sounds of the deadly knot of these harassment.

In spite of the law on combating violence against women, which took place in September last year, there are still annoying situations in our streets. In fact, the law suggests that a harassed woman has the opportunity to file a complaint against her harasser. Good news that was announced at the time of the announcement. Besides, there is a mistake: the stalkers are still harassing and the victims have hard times to hear their voices.

The #Masaktach movement goes into action after the hashtags company has denounced this phenomenon. This Saturday, in Casablanca, Rabat, and Marrakesh, women with fluffy strollers will be on the streets looking for some irrational behavior. On Twitter, the group calls on women to distribute whistles and photograph in public space to motivate others to join the movement. Massacre also recalls the text of the law in the next tweet:

Article 503-1-1 states, in fact, that:He is guilty of sexual harassment and is sentenced to one to six months' imprisonment and a fine of 2,000 to 10,000 DH or one of these sentences, which persists in harassing others in the following cases: public or other premises, deeds, words, gestures of a sexual nature or for sexual purposes; written, telephone or electronic messages, records or images of a sexual nature or for sexual purposes. Penalties will be doubled if the author is an associate or person responsible for maintaining order and security in public or other areas."

A solution that will certainly cause a lot of noise and will lead civil society to think twice before the girl fails to respect it. There are many people on social networks who praise this initiative and testify that they can freely spread across the streets. Anthology.

"If the whistle bothers you," the collective Masaktach calls on the Moroccans to whistle street stalkers. Super Initiative! Maybe we hear it ring everywhere, all the time and every neighborhood wakes us up.
All my support #ila_dsser_seffri https://t.co/TLSimkyc4z

Harassment of women in the Czech Republic #Morocco : Silent sound whistle.
Distribution of whistles as a civilian weapon against persimler.
It would be good if it were #Masaktach meet #DGSN educate police officers.#ila_dsser_seffri https://t.co/U7cVWVP7If pic.twitter.com/pMOtdKrR5c

#Masaktach#ila_dsser_seffri
I was in college, I came out of my house, the guy joined me and wanted to talk to me, I say no,
-7wheeling a pile of macaques
Later I understand what the term means and I feel inclined to vomit.
A teenager like me did not have to live

@AidaAlami can not wait until he detects the power of the whistle! It tests for you Saturday action, get ready for the sound! ?#masaktach #ila_dsser_seffri https://t.co/s6kXTKsG5c

Small whistle, but heavy symbolic meaning. Who is ready to join the movement?