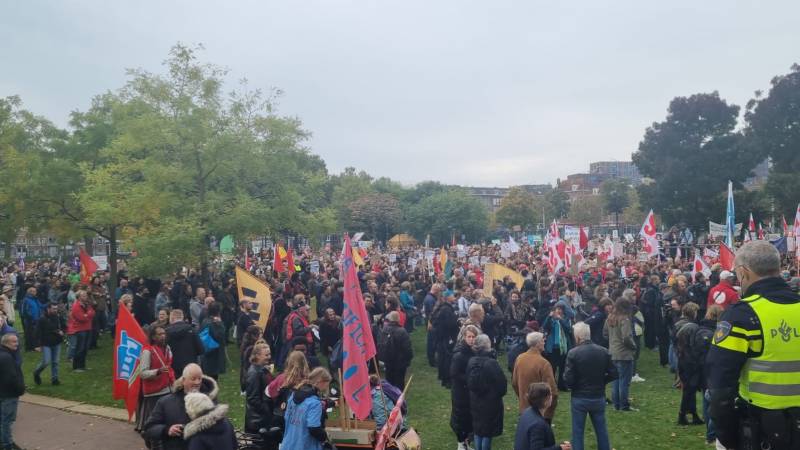 A demonstration against the residential crisis was being held in Rotterdam. Under the slogan “House for People”. Not-for-profit ‘demonstrations have been held in African parks.

A group of about twenty organizations, including political parties and interest groups, are organizing protests. “We demand a different housing policy and an end to the housing crisis,” a spokesperson said on stage at the start of the protest.

Rotterdam Tweebosbuurt natives of Former trees who were forced to move, also participated in the protest. There were about a thousand protesters in the park around 2.30pm, NOS reporters estimate, on occasion. The atmosphere in the park is pleasant. Protesters carry banners and signs that contain text such as ‘Seize the day, do not do the job’ and ‘The um and um’s landlord function this function’.

The organization said in the past that it is considering thousands of protests. “The park is already full-fledged and a lot of people are coming in. It’s actually as expected,” says the organization’s Abel Hedge Camp. After appearing in an African park they are on their way to the march in protest.

Ronnie Tate, drummer of Elvis Presley, of Auckland, has died