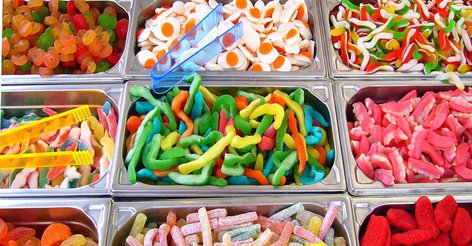 There is a huge problem around the world and especially in Ukraine – the problem of over-consumption of sugar. Learn more about it and how to deal with it, writes "Medicine 2.0".

All sweet teeth dependent. Sugar is just as common as smoking and drinking alcohol. Dependence occurs according to the following scheme: a person consumes sugar, blood levels of insulin are excessive and very fast, weakness, irritation, a drop in mood, I want to eat something sweet and eat fast. And it falls into a vicious circle. Over time, the pancreas is depleted by constant overexpression of insulin.

From 1 January 2015, 1 million 198.5 thousand diabetic patients were registered in Ukraine, or about 2.9% of the total population. Of these, 90% are diagnosed with type 2 diabetes.

Over the last ten years the prevalence of diabetes in Ukraine has increased by 1.5 times (Data of the Department of Diabetology of the Institute of Endocrinology and Metabolism named after VPKomisarenko National Academy of Medical Sciences of Ukraine).

There have been no official data on obesity in children in recent years. According to the WHO, however, in 2015, 25% of children are overweight in our country, and this is every fourth child. If we talk about other countries, in Germany the number of obese children is 30% and in Britain 27%.

What to replace sugar?

Fruits and dried fruits are an excellent source of glucose. Its a lot in the grapes, banana, tomatoes, melon. In addition to the fruit, it is enough for an adult to get glucose from such natural sources as berries, honey, but also from vegetables: carrots, beets, pumpkins.

Children on average need 20-30 grams of glucose per day. Instead of harmful sugars containing sweeteners, it is better to use natural: syrup of Jerusalem artichoke, agave nectar, maple syrup.

Also read who should not eat peanuts.