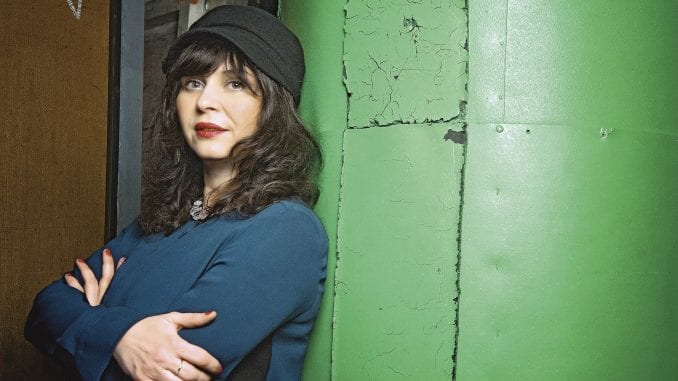 Photo: From a private archive

. Just as we create performances and analyze dramatic work, characters and situations and we are deep or superficial, true or false, professional to the last atom or Smiranti, we can apply to the events associated with the house where we work and create. We can decide to take part in the destruction of the theater together with director Dejan Savic or do everything to stop the collapse of the National Theater. Under the guidance of elementary artistic desire, and the need for creation, creation, recognition of good and evil, we have decided to speak and do our best to be disgraced for all the giants they have created at the National Theater and before the theater of phenomenon . And since then, there has been any conscience and subconscious of humanity, a mirror of time and of man, agrarian, in which basic questions arise about the meaning of the life and destiny of man and society. Therefore, the protest "Is Not Artificial To Remember" is an act of the highest responsibility towards the past, present and future, and is not a part of politics, as Dejan Savic qualifies him for support for his stay in the chair and against the prominent artists of the National Theater. So far, it has been signed by more than 600 artists and admirers of the art achievements of the National Theater "It's not an artificial silence."

Perhaps the public is not well-known that the dramas of the National Theater with repertoire, which make up two-thirds of the entire theater repertoire, are the heart of this institution of culture. Every thirty is played on stage by Rasa Plaovic, and on the Great Stage we participate in opera and ballet at least 12. Not well known and Drama has 77 employees (actors, directors, dramatists, inspirational, organizers, soufflers …) we are the smallest arts industry we have ten percent of the total number of staff in the theater. And when we are in the arts field, numbers (how many seizures of Dejan Savic and his theaters are in the sun) are not decisive, but who are the people who say it is not artificial to be silent. And this is what artists say that do not accept fear as a remedy for the truth and who take the ultimate act of defending plastic, which Dejan Savic threatens his actions and overall control.

It is not artificial to remain in peace due to the shift. d. director Drama Zeljko Hubac. According to theater status, the director of the drama is appointed administrator. And from this point of view there is nothing eloquent about the release of the Ž. Huba, except that it is an act of artistic lobotomy of Drama. For the last four years, the Drama has achieved an undeniable artistic takeover and revival. The successes have been confirmed by the audience's desire to watch performances and often reward them with standing ovations, high-ranking professional criticism and 109 awards at domestic and international festivals. Every year's best performance lists are our performances. In the area, thanks to aesthetics, thanks to the diverse overhead poetics and the courageous search for the contemporary scenic expression, we have become widely visible in the area. Freedom has existed as a prerequisite for every true creativity. Because of this and such freedom, there have been four great periods. In an explanation of the dismissal of Zeljko Hubak, the manager says he wants to change the vision of the drama repertoire. Vizuru uspeha aesthetic and socially relevant repertoire! Hubac was replaced after a conversation with the Politika diary asking him where the money is for the repertoire of Drama in the jubilee period. Why Drama and Drama were taken in the jubilee season without a premiere until April? How do Savic and UO consider it good for the National Theater? There are many quiet "why" related to Dejan Savic at different levels, and so much "why" is represented as a life and a professional, because if we do not defend our profession, defend arrogance, unprofessionalism and irresponsibility.

It is unacceptable that Dejan Savic will remain the administrator and that Zeljko Hubac will be punished for all successes and for the public, professional, not free. It's embarrassing that an institution celebrating 150 years from the beginning is waiting for a scaffolding jubilee due to an inability to manage that has not done all the necessary procedures and working in time to make the house glamorous for such an anniversary as the repertoire of a dramatic explosion. We do not recognize that the head of the house is a man who does not respect her, but she claims in the media to be an institution! In the media, it is unthinkable to say that after the protests it is not artistic that we are opposed to the opposition and that we are the concealed opposition opposition that we do not have an authentic voice, we wish we were puppets that others say … The actors once buried outside the cemetery as unobtrusive members of the community, are in death as infectious. Today, the head of the National Theater, with all its power, strives to stay in Nusic's chair, says the marionette artist, naive, misleading, unable to distinguish in whose name he speaks. He goes so far in that psycho-tactic of transparent politics, that in the support we have received from colleagues from this region, he sees elements of conspiracy. We have gained support from all areas where we have been involved in high-quality and artistic recognition, not bad intentions by artists from Croatia, Slovenia, Bosnia and Herzegovina, Macedonia, Hungary, Montenegro. Do I try to interfere with the international and opposition plot against myself, against Serbia, Dejan Savici? How far can a person go to power? He also rejects our awards by stating that they were given to Hubchev's guardians with the jury, and not that they are deserved. What to say, apart from resignation.