Muska was replaced by Tesla Denholm. What do we know about her?

Tesla appointed Robyn Denholm as the new chairman of the board of directors. She replaced Elon Muska, who had to surrender him for problems with the Securities and Exchange Commission (SEC). Who is Robyn Denholm?

She was close to her early childhood

Robyn Denholm grew up in a small town on the outskirts of Sydney, Australia. Her parents owned a petrol station where Denholm helped. She fueled fuel, repaired cars, and took care of accounting. She later worked as a national financial manager at Toyota Australia. At the time, she was one of the few women to hold such a high function.

Then she took her steps to Silicon Valley, where she held leading positions in technology companies such as Sun Microsystems (computers and software) and Juniper Networks (Network Devices), where she earns her credit for a significant revenue boost. Currently, he works as Chief Financial Officer and Head of Strategy for Telstra's largest telecommunication company in Australia.

Tesla has been an independent member of the board since 2014. Tesla is also the chairwoman of the Audit Committee. Robyn Denholm currently receives a 6-month notice period at Telstra. During this period, Elon Musk will also support her. She will then perform her full-time position as Chairwoman of the Management Board. 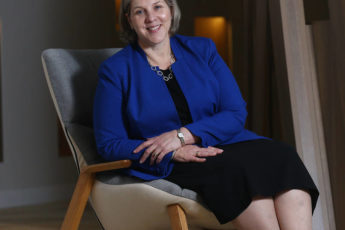 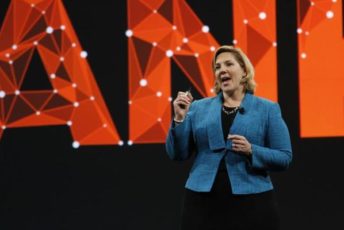 According to Richard Walters of the Finacial Times, Denholm has an appropriate character in the performance of his function: "Ms Denholm has always been considered to be a direct person and the result of a pragmatic Australian education that has freed her from the absurd view of the world".

According to Pierre Ferragut, a Wall Street analyst, he can work with people who have a high ego. In addition, he is a very calm and balanced person with less visible personality but with excellent managerial skills.

Robyn Denholm has an interesting stance on conflict. According to her, a constructive conflict that discusses its main idea or returns back to the original idea of ​​whether it is a new idea is very important.

Elon Musk seems to be phenomenal

Robyn Denholm, in one of the past interviews, said that Tesla and Elon Musk are great. "He's just phenomenal," Muska said. This suggests that he respects the mission of society and that he respects Muska and considers him to be a great asset to society. So her appointment could be a good news for Tesla on her way to fulfilling her main mission. In addition, Elon Musk could count on supporting his proposals and solutions.

RELATED ARTICLES:
Elon Musk has to leave Tesla's Board of Directors and pay an oily fine
Elon Musk is now "Nothing Tesla". He gave up all his titles
The Tesly Model 3 racing mode changes the wires to racers. How does it work?