Capital market watchdog just before: You can not buy NLB shares! 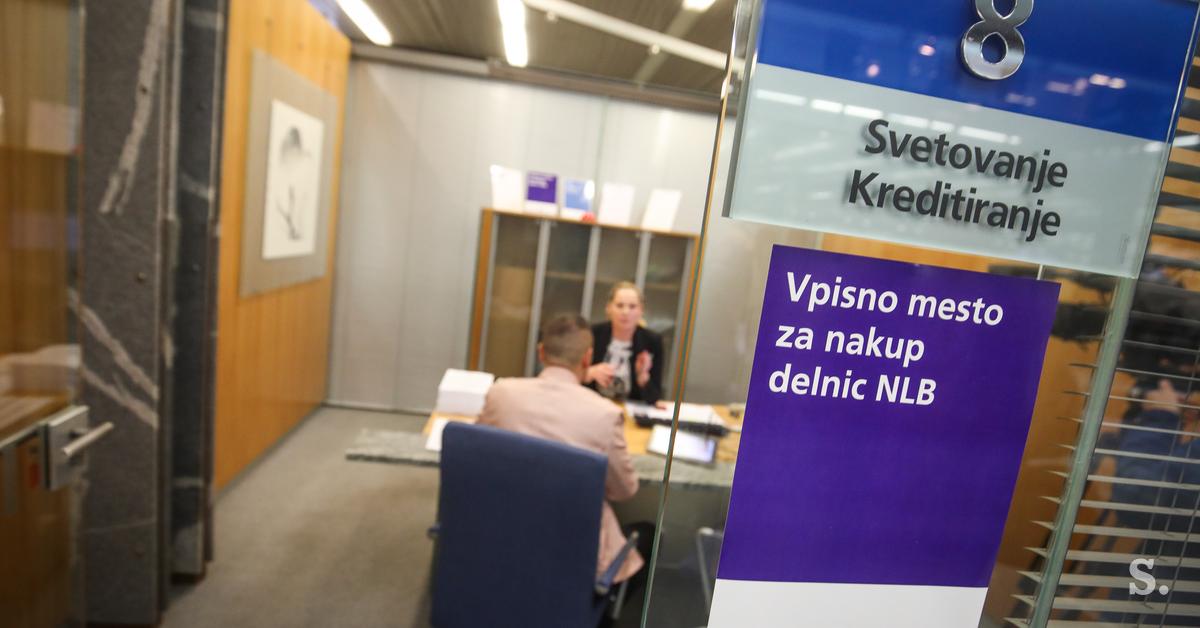 With the sale of Nova Ljubljanska Bank (NLB), the 11-year story of Nova KBM can repeat, but with a significant difference. While foreign funds should earn a good profit with a possible quick sale of shares, they should not be purchased by state-owned pension funds. Why not?

At the end of 2007, the state sold 49% of the shares of Nova KBM, the second largest Slovenian bank. In the public sale, shares were sold to individuals who then stood up for equity purchases and to institutional investors (funds). In the days after the stock was bought, they quickly sold and sold, generating a good profit.

Today, 11 years later, the state sells between 50 and 75 percent of the NLB shares in the same way:

Nevertheless, there is a significant difference between the sale of the largest Slovenian bank and the current sale of Nova KBM. The NLB shares can not buy pension funds that are in some way connected with the Slovenian state.

This follows from the statement of the Securities Market Agency (ATVP), the depository of the capital market and sent to one of the pension fund managers. In their note, NLB shares can not be purchased by companies representing at least a fifth of the country's ownership because it is a bank that is still 100% owned by the state.

Although they pointed out to SiOL.net that they "just gave their opinion", it is a ban. In this regard, the Agency referred to the 2012 Pension and Disability Insurance Act (ZPIZ-2). It prohibits pension companies, insurance companies and other pension fund managers from entering into transactions with related parties, in this case with the state. The response to the Agency is fully publicized within this framework. It is true that the same law allows the possibility of exceptions. Pension funds linked to state-owned companies could buy NLB shares in primary public sale (IPO). The current sale of the largest state bank is not primary but secondary public sale (SPO). NLB does not sell shares that would be issued to new but the state as owner sells already issued shares in the market.

When: We do not buy NLB shares because we can not

If in Triglav, Kad and other companies, despite the "opinion" of the agency, they decide to pay for NLB shares, they could be subject to a high fine and even forced sale of shares.

Yesterday, Zavarovalnica Triglav did not say about these matters. In Kad, who leads him Bachtiar Djalil, confirmed that their closed-end supplementary pension fund (SODPZ) will not buy NLB shares. 
"The law prohibits the conclusion of a legal transaction that is or will be the investment of a pension fund it manages with a person linked to a pension fund manager," Kado explained, "As the Republic of Slovenia as the sole shareholder with KADEM as a manager of a related party would participate in the purchase of NLB from the Republic of Slovenia to the SODPZ account. "

NLB shares will not be purchased for the home state of Kad.

This ban on management has been in place for asset management companies and mutual funds since the beginning of this millennium.

What is a ban on buying NLB shares?

All of these companies have traditionally been among the largest buyers of bonds, equities and other securities in Slovenia. The assets of the insured are hundreds of millions of euros.

However, by prohibiting the purchase of NLB shares, there could be a double strike by the state or state:

– If there is a potential increase in NLB shares that some expect, they will lose opportunity to return. The price range of NLB's share of current revenue is 68 to 88 percent of the book value. Estimates of this valuation differ as a result of exchange rate fluctuations. The current share price of some of the largest banks (Deutsche Bank, Unicredit) is between 25 and 40 percent of the book value. Others, like the Belgian KBC, are around 100 percent.

– The state, which currently holds at least 25% of the shares in the NLB, eventually lost its influence on the indirect influence it could have through the companies it owns.

The original purpose of the legal article, which makes Triglav, Kad and other companies now prohibited from buying NLB shares, was a protective nature to prevent asset management misuse.

But now they are in disarray. According to the law, pension funds must provide premium-insured income, with the majority deciding to provide even higher returns in their retirement plans. As a result, much of the investment is in safer domestic and foreign government bonds. 
Only a short while ago they found themselves in the opposite barrier they barely surpassed. The range of investments that will allow them to achieve a reasonable return, but a moderate risk is very limited. Earlier this year, we witnessed record low, often negative, returns on deposits and bonds.

In low-interest environments, but with relatively high guaranteed yields, the desired returns can only be achieved if the risk is higher. As a result, funds increasingly decide to invest in real estate and other so-called Alternative Investments.

Answer by the Securities Agency

"In connection with the purchase of NLB shares owned by the Republic of Slovenia by pension funds, the Securities Markets Agency only issued an opinion on the first paragraph of Article 278 of the Retirement and Disability Insurance Act (ZPIZ-2), which provides that the pension fund manager may not, save as otherwise provided, to enter into a legal transaction the object of which would be or will be the investment of a pension fund it manages:

1. a person who is affiliated to the pension fund manager;

2. in the case of an administrator providing care for a pension fund.