In Kiev, on the postal square, a gang with bats attacked cars – video 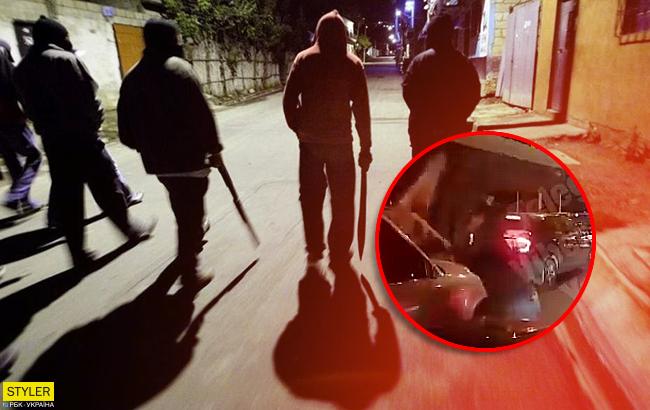 In Kiev, a gang of men with bats attacked in a traffic jam near the "Pochtovaya Ploschad" subway station. This is reported in the Facebook community "Kiev Operativ".

90 years? Today, at about 20:25 on the waterfront towards the "Pochtovaya Square" subway station, dismantling took place directly on the road because other cars were damaged. The reasons for the fight are set … Any suggestions?

The video shows how a man runs with his bat to the car and begins to beat the windshield. Later in the box and the rest of the group of attackers. The car started to move and hit the other cars. Bats with bats rushed over the driver.

Online users estimate what could be such a sudden attack.

"I think the normal amount was in the car," one suggests.

"Maybe some flashmob?" – he joked another user.

"This is the series" Matchmakers "was shot," he said sarcastically.

Also, the participants were enraged by the indifference of the people.

"The most important thing is that everyone has come to help, that's what is terrifying – human indifference, and if you need help, everyone will also watch the video and talk about the 1990s," the user commented.

"And it seems to the author that it is difficult to stop and share a video with the victim and the police," Dmitry Ivanov wrote.

Previously, we reported that a car with police numbers hit a girl in Kiev who was on the green road.

Recall that in Kiev the pregnant woman was injured as a result of an accident.