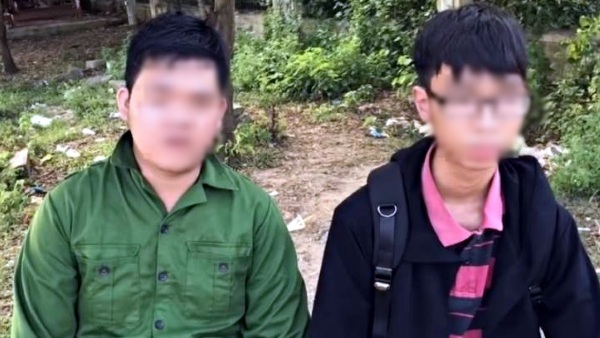 – The male students "admitted" turned on four women bathe and go to the toilet and transfer to the others.

This morning, November 7, Nguyen Thai Trung, head of study at the Foreign Language School (Da Nang), said he had asked the police to clarify the story of a school boy about bathing in the cloakroom. military education.

Mr. Trung said there was a video on the student's scene and another person is "admitted".

In the video, a male student of N.T.M.H with military clothing admitted that he had shot four girls in a tub and left for a toilet on November 1. Later, the student will upload videos of one of the four girls to N.V.N (SMN 2000), another student in the school.

In the video confession, two male students promised not to provide a clip unless they were dealt with by law.

But in the report, male students confessed that only a sneaky person, not four people, like a "confession" video.

As the incident was serious and the information between the two students was not unified, the school had written documents for the city police.

Nguyen Thai Trung added that the school would base its findings on the police before the boys were dealt with.

Grade 11 student suicide for a clip made a friend kiss

Before her death, the 11th grade girl wrote letters to apologize to her parents.

Initial conclusions about the faculty of law bothered the harassing student

Conclusion of the VNU Hanoi Law Faculty that there is not enough evidence to prove that Nguyen Hung Cuong has a relationship with the girl and makes this girl pregnant.