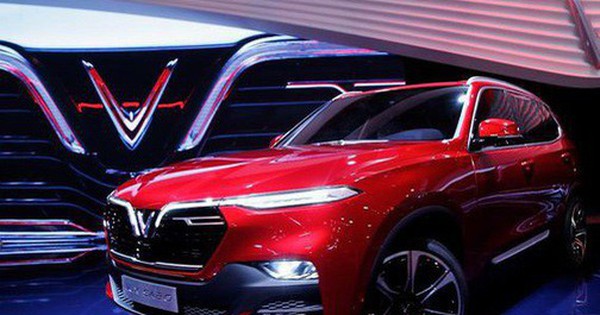 VinFast is not playing …

To be honest, VinFast has made the market as fast as it introduced its products.

The first two luxury car models in the segment are designed to be extremely fast, resonate at the Paris Motor Show 2018 and will be sold by the end of 2019 as planned. Next comes the electric motorcycle Klara, which offers attractive promotional rates and the possibility to build thousands of charging stations in the next few years.

Now car developer Vietnam is about to launch an official cheap car model Fadil just a few basic parameters initially showed that the car seems close to the market, near the consumer The most popular in the style of "raise your hand with".

VinFast does not really have any ambiguous tactics. All of the above products were announced by a Vietnamese car from the start-up phase at the end of 2017.

The cars presented at the Paris Motor Show in 2018 and the cheap car are proposals that VinFast presented to the public and received the highest votes of consumers (two D models voted at the end of 2017 while the cheap car was voted in March 2018).

Of course, from the design of the car to the real model, there are some differences, for example, the Fadil has many different faces than the public. monitors short-term and medium-term production and supply plans on the domestic market.

Although there are still doubts that VinFast has not reached consumers, it can not deny VinFast's ability to work, especially the fast and compact style of product marketing solutions. .

It will be less surprising and simple to evaluate the possibilities of VinFast's product than to remember that the position of the car is within the VinGroup ecosystem.

It is clear that VinFast products at every stage, from manufacture, delivery to after-sales service, receive the best support from this ecosystem support – production of cars and motorcycles can not be achieved.

VinFast can not introduce the Klara electric motorcycle regardless of its cooperation with large retail gasoline to create a charging station system in all cities in Vietnam. Similarly, the cheap Fadil vehicle is ready to sell from VinFast, which has already converted the factory, production line and technology licenses transferred from GM and some parts and accessories from Europe. .

Referring to the above ecosystem, when looking back at VinFast, it's easy to see an interesting analogy. Like VinGroup offering top VinHomes and later VinCity, VinFast also introduces high quality LUX models (although not yet on the market but confirmed on the car show). the world's leading car) and then launched a cheap Fadil car.

A cheap vehicle by the consumer has previously been caused by the production of high-quality vehicles that require the time for thorough testing needed to build a brand new production line, and if the LUX is open for sale by the end of 2019, it is the pace that makes the world's automotive industry also unwavering.

From another point of view, VinFast seems to have not "acquired" the factory system, GM's representative in Vietnam. It would not be strange to be part of VinGroup, just before VinFast was born.

With LUX models in the segment to unpublished price and the model Klara electric motorcycle announced an extremely good subsidy, perhaps do not have to guess the prospects of cheap cars Fadil will have hope out. before opening hours.