4 concerts singing Angham in November. The most significant "night of life" with Asala 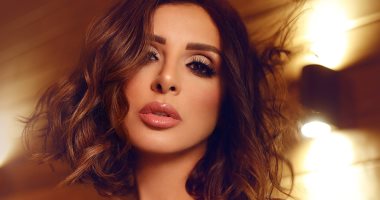 Angham is currently preparing for a concert of four concerts at one time in November, especially because Angham is one of the most famous female singers in addition to her vocal abilities that satisfy her supporters and audiences in Egypt and the Arab world.

1 – Angham will perform on Friday (November 16th) at the Al Borouj Theater on the occasion of the inauguration of the El Sawas culinary round on the Ismaley Desert Route led by Maestro Hana Farahat.

2 – Angham also performs for the first time in a spectacular concert at Crystal Palace in Heliopolis, which will be attended by a number of public figures on Thursday 22nd November.

3 – Angham will perform on Thursday 29th November at the Marconi Theater in the fifth rally in a series of concerts that will appear this month.

4 – Angham is set to hold a spectacular concert in Kuwait with the great star Asala on the day he signed a concert of "The Night of the Living" in Kuwait's ski hall on 30 November and performed a concert.

The singer Angham is now busy with her latest work on the release of the latest songs "Anady Aleik Aleh", during which the euphoria of the popular success of the last song "Faker Zaman" returns to a successful collaboration with the poet Amir Taaima.