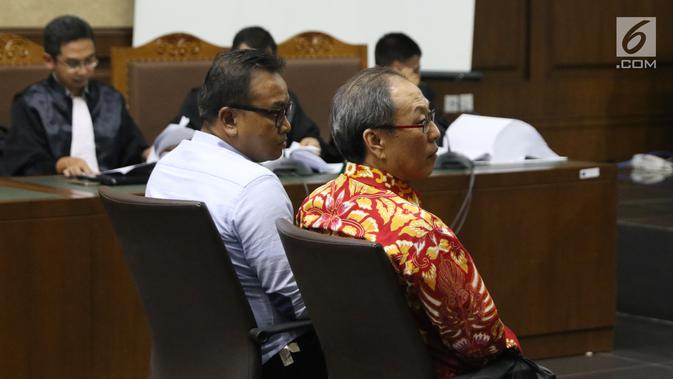 According to the JPU, Wawan Yunarwanto, Irvanto and Made Oka have been shown to have committed corruption in the case of e-KTP.

"We demand that the jury judge judges one defendant, Irvan Hendra Pambudi Cahio in the form of imprisonment for 12 years and a fine of € 1 billion, provided that the fine is not paid, replaced by a six-month prison sentence." Wawan read his claims. Tuesday (6/11/2018).

"We have also demanded that the court order a sentence on the defendant Jew, Made Oka Masagung in the form of imprisonment for 12 years, and a fine of € 1 billion, provided that the fine is not paid, be replaced by six months' imprisonment," Wawan said.

In their consideration, the thing that is both burdensome does not involve governments in the eradication of corruption. The actions of the defendant also had a huge impact on the sovereignty of the data on the national population.

"And the impact is still felt today," Wawan said.

In addition, it is a further burdensome fact that the two defendants' actions caused substantial financial losses to the state in the case of e-ID cards.

In this case, the state financial loss amounted to 2.3 trillion Rp. The prosecutor also said that the two defendants provided complex information in the investigation and trial process.

Watch the video below:

Although Sotov reluctant to comment too much, he confirmed that he was questioned by suspects Made Oka Masagung and Irvanto Hendra Pambudi.